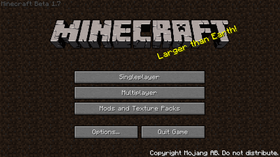 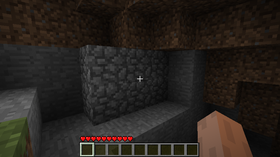 An official video documenting some of Beta 1.7's major features was released on Mojang's official YouTube channel on May 24, 2011. The video was made by Hat Films.